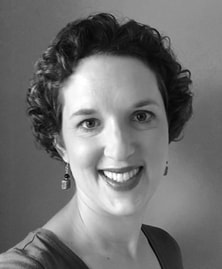 Adrianna graduated from Kent State University with a Masters degree in Speech-Language Pathology.  She worked as a speech-language pathologist in a non-profit outpatient center in Cleveland, Ohio, specializing in early intervention and accent modification, prior to becoming a stay-at-home mom with the arrival of her twins. Adrianna now resides in Mason with her husband, Will, daughters Ava, Corinne, & Elise, and pup Fiona.

Adrianna, a former band geek who can't carry a tune in a bucket, became involved in musical theater in 2013 when her oldest daughter, Ava, landed her first role in a community theater production. Shortly thereafter, Elise also “caught the bug”, and both Ava and Elise have been performing ever since.  Corinne, who prefers the view from the audience, is a competitive gymnast. Adrianna became involved with Acting Up after moving to Mason in 2015, and enjoys utilizing her Type A organizational skills to  produce musicals!