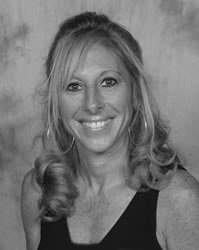 Arlene has been involved with theatre and ACT Cincinnati since 1988.  She started the drama program at Mason High School in 1989, helped start Acting Up, Inc in 2004 (including directing our very first production, The Wizard of Oz), and she co-founded Brieabi Productions in 2009.  For 2017, she is serving as ACT Cincinnati's 2nd Vice President, is on ACT's Long Range Judging Committee, and is on the Board of Cincinnati's Cappies for high school theatre students. She has directed, choreographed, produced, and acted in countless productions over the last three decades.  She recently directed Mary Poppins for Cincinnati Music Theatre and performed in Footlighters' Play On!.

Besides theatre, Arlene is blessed with a wonderful husband, Steve, an awesome daughter, Alex, and step-son, Justin. She loves to run and run and run (literally) and has been teaching high school at Mason for over 28 years now.