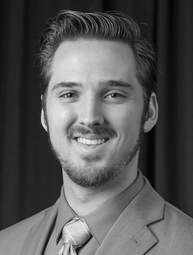 Dane is an Acting Up alumnus and has been involved in many shows since 2012. During his time on stage for Acting Up, his credits include “Bugsy Malone” in Bugsy Malone, “Noah” in Children of Eden, and “Minstrel” in Once Upon a Mattress. For his performances, Dane has won 2 Orchid awards and 1 nomination from the Ohio Community Theatre Association.

Dane is currently finishing a B.S. degree at The Ohio State University with two separate majors in Industrial & Systems Engineering and Theatre plus a minor in Music. He has been cast in four mainstage shows with both the OSU Department of Theatre and the School of Music, most recently including well-reviewed performances as the title character in Candide and “Kurt” in Heathers: the Musical. Additionally, he has worked behind the scenes as a set builder, run-crew member, and stage-left manager. He has also completed coursework in script analysis, acting techniques, production design, music theory, and directing. After graduation, he hopes to continue to interweave his passions for both theatre and engineering by pursuing a Master’s Degree in Cognitive Systems Engineering.

Dane loves working in the Acting Up community and is excited to continue his involvement with the group he credits for sparking his passion for theatre, solidifying his self-image, and being a big part of what he calls home.